'Anytown, USA: Quarantine' documents everyday people in the face of change - Ever Travel 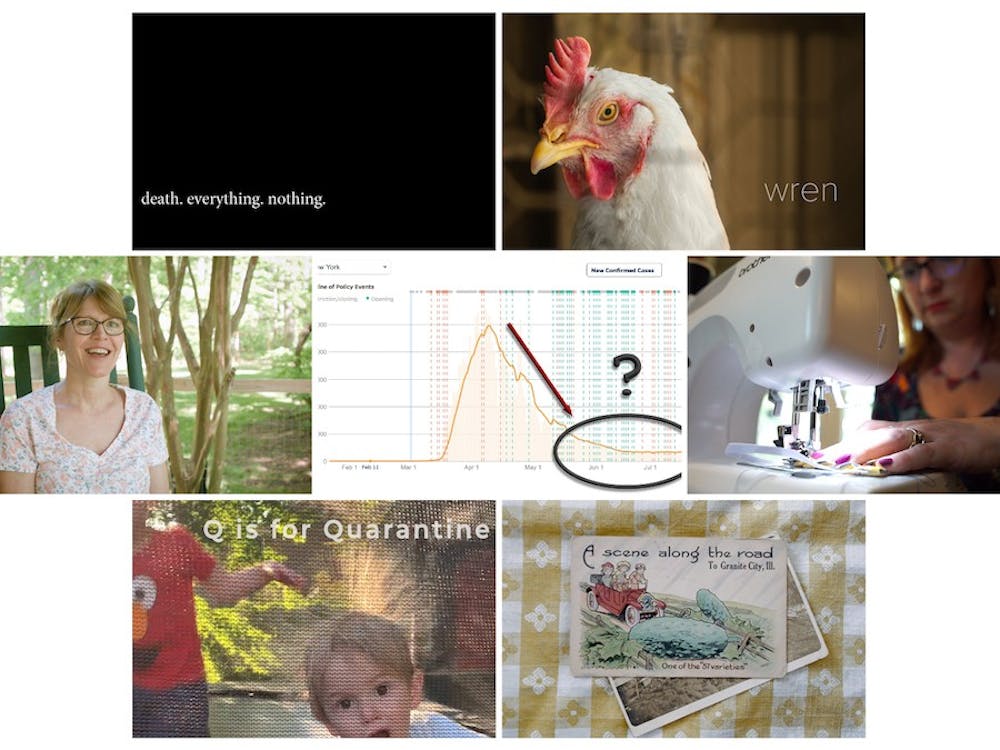 This past March, the student filmmakers of Anytown, USA, a continuing education class at the Center for Documentary Studies, were scheduled to travel to the small eastern North Carolina town of Windsor. They were directed to explore the town, become acquainted with its residents and share an intimate story based on their observations. However, as the fear of the COVID-19 pandemic loomed over America and the quarantine mandate postponed their trip to Windsor, the filmmakers were constrained to their immediate environment – their family, friends and local communities – for inspiration.

“This year, everyone turned their camera inward and told their own stories from within their own quarantined bubble,” explained Randolph Benson, the course instructor. “It’s the challenges that everyone overcame and the self-reflection that everyone had to undertake that really made the program what it is now.”

Their project transformed into Anytown, USA: Quarantine, a collage of films exploring the challenges everyday people face during the pandemic. Their stories of family and community are reflected in ourselves and our own localities during this time. This year’s presentation of the films, followed by a discussion and Q&A session with the filmmakers, was streamed live for the public Aug. 12.

“I was worried about this year,” said filmmaker Durward Rogers. “Could conditions be worse? We can’t even go to a town!”

Rogers’s film, “We Don’t Need a Vaccine: And Waiting for One is a Very Bad Idea,” scrutinizes the current U.S. response to the pandemic and dispels the myth that the pandemic can only end when a vaccine is discovered. The film’s focus is not on a particular small town, but all the communities across the United States that need the assurance that we can truly combat the disease through strong policy rather than an indefinite solution.

“To think that another three months of shutdown to end the pandemic would somehow be more costly than what is going to happen in the year more it takes to get a vaccine defies both economics and common sense,” Rogers urges in the film.

Many of the other filmmakers felt this same sense of urgency as they were personally compelled to share the stories of their families. This past April, LeRhonda Manigault-Bryant, Trinity ‘99, wrote an opinion piece for the New York Times that she later used as the narration for her black-and-white short film, “Death. Everything. Nothing.” She painfully addresses the racial and socioeconomic inequities in the medical system that have worsened during  COVID-19. She relives her memories with her mother through old photos and videos while capturing the fear of the present through FaceTime calls and voicemails, their only means of communication during the pandemic.

“We’re not ready for this kind of grief,” Manigault-Bryant narrates in the film. “Death is so utter, so absolute, yet so much right now is uncertain.”

Filmmaker Random Gott tells the story of his relationship with his 92 year-old father in “A scene along the road,” through an eclectic history of postcards, pictures and pocket knives. He travels to his father’s place in Arkansas every other month, but this time, their isolation becomes all the more poignant when they see each other again.

“I tell him that I will come to him if he needs me to. He says it’s a comfort to know that,” he candidly remarks during his narration.

In his film, “Wear,” Randolph Benson finds inspiration from his wife, Kat Benson, and their daughter Ruby, who make masks together in their home. “To be able to give something to somebody that can keep them safe is a big gift,” Ms. Benson explains. “It’s scary right now. If a mask can make it better, then it’s worth it, no matter how long it takes.” Their story of giving back to the community provides  an important message of kindness and openness during a time when all of us are shut inside our homes.

In “Healthy at Home,” James Balfour documents the workday of his wife, Brenda Fox, as a personal trainer transitioning from the gym to online training, through interviews and Zoom calls with her clients. She misses the serendipitous interactions and side conversations during in-person training, but she finds herself and her clients adjusting to a new idea of training at home — and even realizing that online training can be surprisingly effective and convenient.

Subscribe to our weekly email about what’s trending at Duke

To capture the footage for his film, “Wren,” Jordan Daniel Mills went out into the field and got up close and personal with a flock of chickens quarantined in Piedmont Farm Animal Refuge in Pittsboro, NC. These chickens had survived a devastating tornado that hit their farm in GA, and one chicken, Wren, visited a bird veterinarian to recover.

“Chickens are very fragile animals, but at the same time, they are very resilient,” says Lenore Braford, founder of the refuge. “I’ve had chickens who are on the brink of death who have come back. Never give up on them. They can fight their way back from some pretty bad stuff.”

Each of these short documentaries examine the varied responses of everyday people to the collective problem of a global pandemic by closely following their daily lives in quarantine. During this time of change, we need to document even our most mundane moments, because in a matter of time, they become our most cherished memories. Instead of shying away from these stories, let us embrace them.

Anytown, USA is an annual filmmaking production and editing course offered by CDS Courses, the continuing education branch of the Center for Documentary Studies. Fall registration for the program is now open.