Herdade Da Malhadinha Nova In The Alentejo - Ever Travel 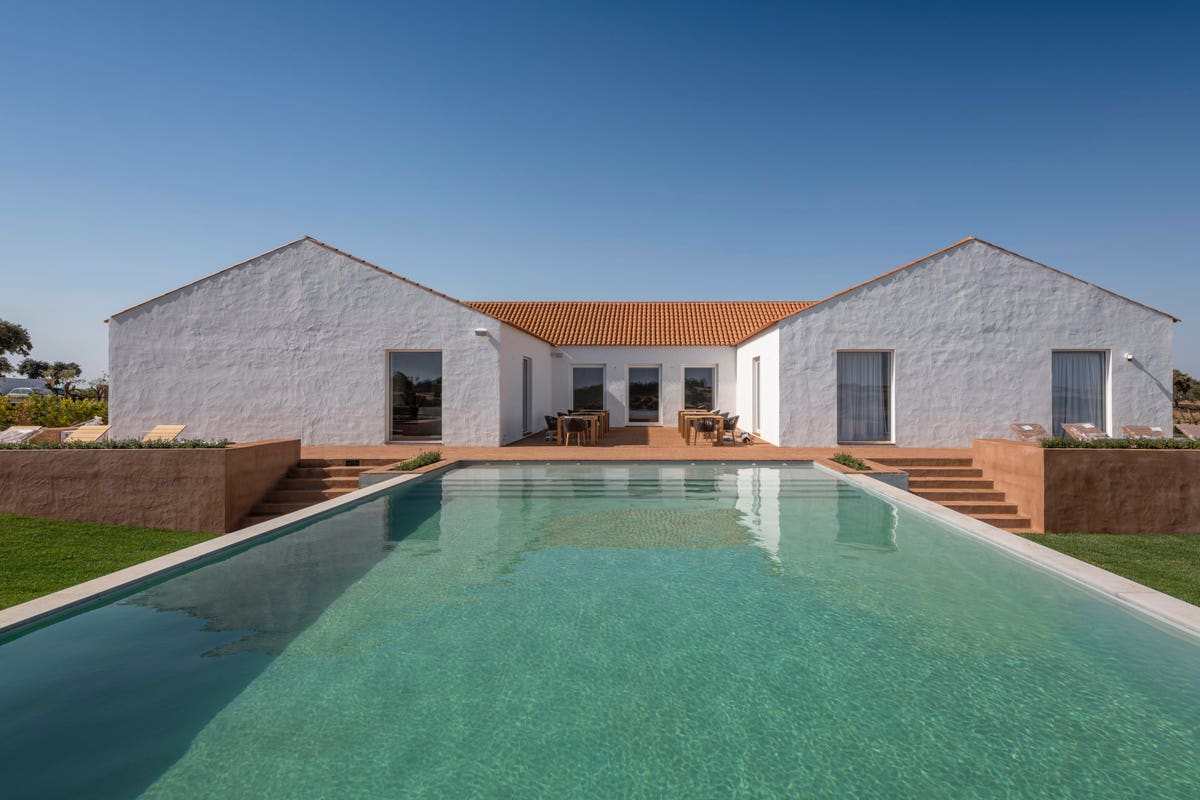 Recently, it seems, the marketers all decided to start promoting the Alentejo as the “Tuscany of Portugal.” I get it. The pastoral district south of Lisbon but north of the Algarve’s beach resorts is both rugged and agricultural, wild and organized around cultivation.

But as much as I understand the impulse, I think comparing the Alentejo to any other place does it a disservice. It is a world all its own. Everything is golden. Time moves slowly, steeped as it is in history, memories of past generations and the unrelenting summer heat that sears everything into clear relief. It is also a world that has no place for formality. There is zero reason to dress up. The Alentejo is one of those places that is unabashedly come-as-you-are.

And so, it seems, every so often, another dreamy, come-as-you-are hotel opens—keeping a personality all its own but also raising the bar in a region whose popularity is deservedly growing. (I’ve written about a number of my favorites.)

The latest hotel to clear that bar is the greatly expanded Herdade da Malhadinha Nova, in the lower Alentejo, where things are even balmier, slower and more soulful. Although the original elements of the place—a farmhouse with a handful of bedrooms—opened just before Portugal’s last crisis, the recession that began in 2009, this incarnation is in a category of its own.

It managed to open just in time for the spring and summer travel season of 2020. We all know what happened after that. It shut back down just three weeks after opening, as Covid-19 forced the world to pull up its drawbridges. The family behind the project, important wine distributors in the south of Portugal, hunkered down there themselves, waited for the virus storm to subside, and came out with an awfully attractive place to relax and enjoy some time even as the skies still have some clouds.

The new incarnation of Herdade da Malhadinha Nova seems to have been designed with social distancing in mind. Long before space, privacy and exclusivity were safety things, they were luxury things. And the hotel has those luxuries down.

The Soares family bought the estate in 1998, when the land was all but abandoned and the two farmhouses on the property—one of which dates from 1926—were in ruins. It didn’t even have electricity at the time.

Neither did it have grapevines. But since the family business is wine, it made all the sense for them to begin cultivating it here. Even before they contacted the architect who would help them revitalize the buildings, they began working with Luís Duarte, one of the most respected winemakers in Portugal, to help them get their vineyards in order.

From the beginning, the emphasis was quality over quantity. All the picking is done by hand, and the winery is gravity-fed. Way back in 2006, they had the idea to do everything in an earth-friendly way, and they recently completed the certification process to declare everything organic—not only the wine, but also the olive oil, fruit, honey, beef and lamb raised on the farm. To them, that means more authenticity, a better product that is the result of less intervention.

But you don’t have to appreciate wine to appreciate the place. It spans more than 1,000 acres, and most of that is living fields and rugged landscapes. There are five accommodation units on the property, and a sixth a few miles away, which together total only 30 rooms. Although the plan was to have more individual rooms for couples, the current version has been a handful of private accommodations for families or larger groups, where breakfasts can be dropped off and kitchens can be stocked. If languid isolation isn’t enough, you can ride the gorgeous Lusitano horses, which are bred here, in the company of a champion equestrian.

The accommodations vary a lot. The sexy, romantic, one-bedroom Casa das Pedras (house of the rocks) suites each have their own private terrace, plunge pool, lovely linens and minimalist, contemporary design that creates a close communion with nature. The larger houses, such as Casa do Ancoradouro (house of terra-cotta) and Casa da Ribeira (with a slow-living, river-centric theme) follow more traditional architectural styles.

The Casa das Artes e Ofícios (arts and crafts house) is of special importance. It’s a darling of Rita Soares, the creative brains behind the hospitality operation. For her, it was important not to let the heritage craftsmanship of the Alentejo disappear. Not only did she commission work from old-school artisans, such as pottery, baskets and woven decor, but she also arranges for some of them to come and give informal workshops in the house. A half hour of attempting to twist reeds into the beginnings of a basket, with an artisan from Rita’s pet TASA project, was sufficiently humbling, while listening to master boot-maker Mário Grilo was nothing but captivating. Even better is to commission a pair of made-to-measure boots that he’ll craft from the local buttery soft leather.

Speaking of master craftspeople, the consulting chef, Joachim Koerper, holds a Michelin star at his restaurant Eleven in Lisbon. Here he takes a more relaxed approach, letting the flavors of the Alentejo—especially the homegrown beef and lamb—sparkle and shine. He and his wife, Cintia, a pastry wizard, put together memorable meals that fit with the Alentejo’s, and the hotel’s, come-as-you-are vibe.

Dinner in the pretty restaurant is nice, but dinner finished tableside at a private setup beside the pool is better. Best of all is a picnic in the vineyards, where the kitchen brigade sets of plate after plate of fresh, yummy fare out on a long table, the sommelier opens some lovely bottles, and then everyone disappears so that you can enjoy slowly, in solitude, and then spread out on a blanket beneath the trees for an Alentejo-style siesta. There’s really no need to compare that to anyplace else.

← How to Become a Travel Influencer on Instagram? HOW TO TRAVEL MORE SUSTAINABLY ON YOUR TRIP TO FRANCE →